Posted on March 2, 2015 By AspergersArtist 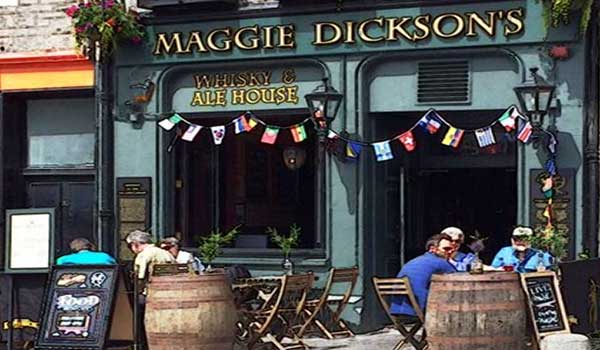 One of the “classics” in Grassmarket, it’s a good place to have a beer with friends. Although it’s a bit small, they have renovated it and it’s really nice and modern inside. Good selection of beers. If only to be where the “infamous” Maggie Dicksons apparently lived, visit it and down a pint or two for her.

In the early 18th century, a woman fish hawker who was to become known as ‘Half-hangit’ Maggie Dickson was found guilty of concealing her pregnancy and delivery of a premature child. She had been tried under a Concealment of Pregnancy Act of 1690. Sentenced to death, she was hanged in the Grassmarket on the 2nd September, 1724, but was apparently revived in her coffin by its movement, when it was being taken away, and she survived her ordeal.

Living in Musselburgh, where many came to see her, and having several other children, she lived for another 40 years as an inn-house keeper and as a crier of salt in the Edinburgh Streets. It was thought that she might have seduced the ropemaker to manufacture a weaker noose. The public house in the Grassmarket called Maggie Dickson’s was named in her memory.

This site uses Akismet to reduce spam. Learn how your comment data is processed.